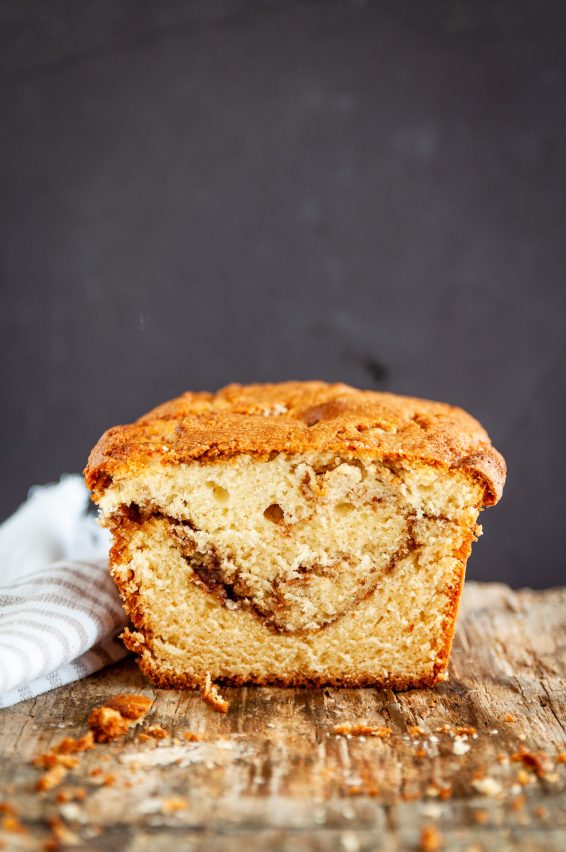 This fragrant and delicious cinnamon swirl coffee cake is your perfect snack cake for tea and coffee. The cinnamon-sugar crumb on top along with the cinnamon sugar swirl makes this cake a perfect crumb cake. Serve this cake while it’s still warm from the oven, at room temperature, or even cold and this also makes a perfect travel cake.

I have baked this numerous times. Usually bake this cake for freinds to take on their road trip. This is such a great travel cake. This cinnamon swirl coffee cake is a very simple cake recipe packed with cinnamon flavors. Perfect for breakfast, coffee break or dessert, cake 4 times in last two weeks. Like me, it soon going to be your favorite cake too!! 🙂

Having said that, this recipe is a keeper.

How to create cinnamon swirls

Scoop out about 1/3 of the cake batter in a separate bowl + add cinnamon.

Make some gentle swirls in the batter, going through it with a knife just once

Why is my cinnamon swirl coffee cake dry?

The reason could be that you overbaked your cake. I would recommend to bake to the minimum cooking time and check if its done by inserting a toothpick. for doneness.

Why does my cinnamon swirl coffee cake fall apart when I cut it?

What should I serve with cinnamon swirl coffee cake?

This cake tastes great with a hot cup of coffee or tea. This is such a great cake to enjoy as a snack too. Be sure to ensure you choose the right type of coffee bean when making your cake.

How do I store cinnamon swirl coffee cake?

You can store this cinnamon coffee cake at room temperature for up to 3 days or in the freezer for up to a month. 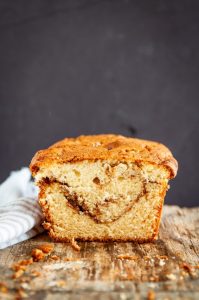 This fragrant and delicious cinnamon swirl coffee cake is your perfect snack cake for tea and coffee. The cinnamon-sugar crumb on top along with the cinnamon sugar swirl makes this cake a perfect crumb cake. Serve this cake while it's still warm from the oven, at room temperature, or even cold and this also makes a perfect travel cake
Print Recipe Pin Recipe
Prep Time 15 mins
Cook Time 45 mins
Course Dessert
Cuisine American
Servings 8