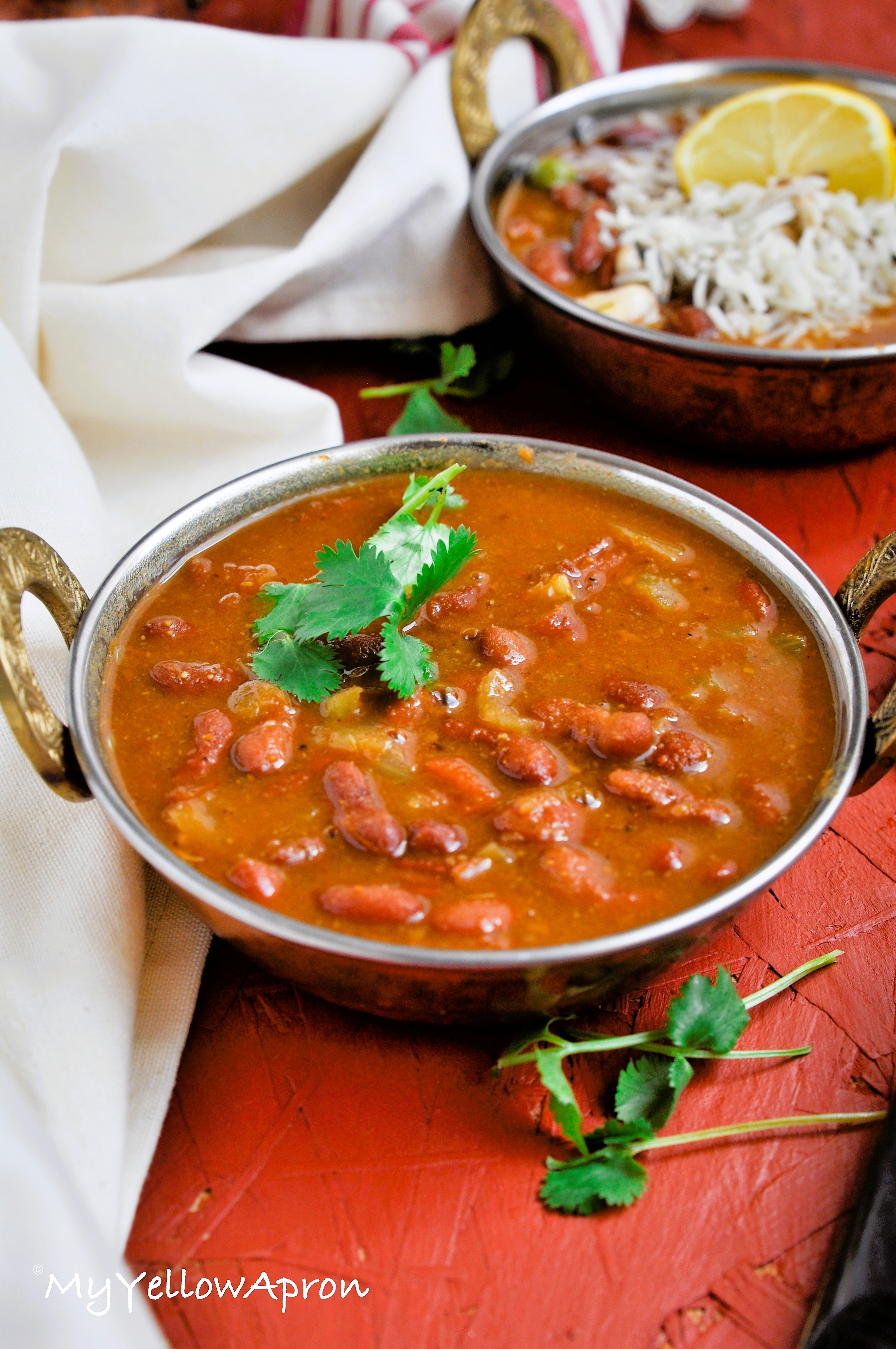 Rajma Masala, Indian Red Kidney Beans Curry a favorite comfort food for many. Made in an instant pot with a heavy onion tomato masala base, this vegan & gluten-free recipe is a keeper!

WHAT IS RAJMA MASALA

Rajma is hindi for Red Kidney Beans. Rajma masala is a very popular north Indian dish that made with a thick tomato gravy. To most (including my husband), rajma-chawal is a sentiment. Thick tangy rajma served with some piping hot rice with a side of some pickled onion is heaven!

There are two shades of color on the rajma. Pink rajma or a dark red rajma. For the authentic Punjabi taste, I have used the pink variety.

However, either rajma work.

WHY YOU WILL LOVE INSTANT POT RED KIDNEY BEANS CURRY

Wash the soaked beans couple times and add to the instant pot. Add enough water to cover the beans – my rule of thumb is double the amount of rajma. Put the instant pot on manual and set the timer for 30 minutes.

In a non stick pan, heat oil. Add chopped onion and fry on medium heat for 5 minutes till you get that golden color.

NOTE – instead of onion paste, chopped onion works better in this rajma recipe.

Puree the tomatoes with a couple spoons of boiled rajma/red kidney beans. (see pic below)

Add the pureed tomatoes to the onion ginger garlic masala and cook for 25/30 minutes on low heat. The amount of tomatoes may seem like a lot but trust me, they add to the taste. (see pic below)

NOTE- The longer you take to make the masala base correctly, 80% of your job in ensuring to achieve the authentic Punjabi rajma will be done.

NOTE – Make sure you use good quality organic tomatoes

How do you know the masala is ready to be added to the boiled rajma in instant pot?

The masala will thicken up and there will be a beautiful aroma. (see pic below)

Once the masala is ready, pour this masala to the rajma in the instant pot. Set it up for manual for 15 minutes.

WHAT TO SERVE WITH RAJMA MASALA

Punjabi style rajma masala goes very well with steamed rice or jeera rice. Some prefer rajma with some paratha too.

If you are watching your carbs, then enjoy a bowl of rajma masala with some chopped onion and some lemon juice.

Follow my tried and tested tips below to get the authentic rajma masala taste and texture.

Soak red kidney beans for at least 6 to 8 hours prior to making the rajma masala: It may sounds like a task, but trust me, this step will give you the authentic Punjabi rajma masala that you are looking for. This process of soaking also reduces the boiling time and make your rajma melt-in-the-mouth soft.

Google says that soaking helps reduce the amount of phytic acid which reduces absorption of important nutrients and aids in digestion.

You can never have enough tomatoes in this rajma masala recipe. For 6 cups of boiled rajma, I have used 5 tomatoes.

Puree the tomatoes: pureeing the tomatoes with couple spoons of rajma, adds texture to rajma masala. This process also makes the gravy thicker and gives it the masala texture instead of the runny gravy texture.

Can I still make rajma if I forgot to pre-soak the red kidney beans?

yes, absolutely you can still make rajma masala and enjoy it with some chawal even if you forgot to pre-soak the beans. Just heat water and soak the red kidney beans in the hot water for an hour or two.

Can I use canned beans?

Yes, you can use canned beans. If you choose to use the canned beans, then, rinse the beans well. You won’t have to boil the beans. You will skip the boiling step.

Can I freeze the left over rajma masala?

Yes you can freeze the rajma masala in the freezer for couple months. Thaw in room temperature and then heat in microwave before you are ready to serve.

How/what do I serve rajma masala with?

Other Vegetarian Recipes you will love – 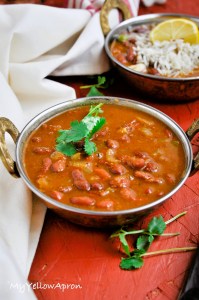 MAKE THE MASALA BASE

Tried this recipe?Let us know how it was!